A Different Perspective On Quiet Quitting 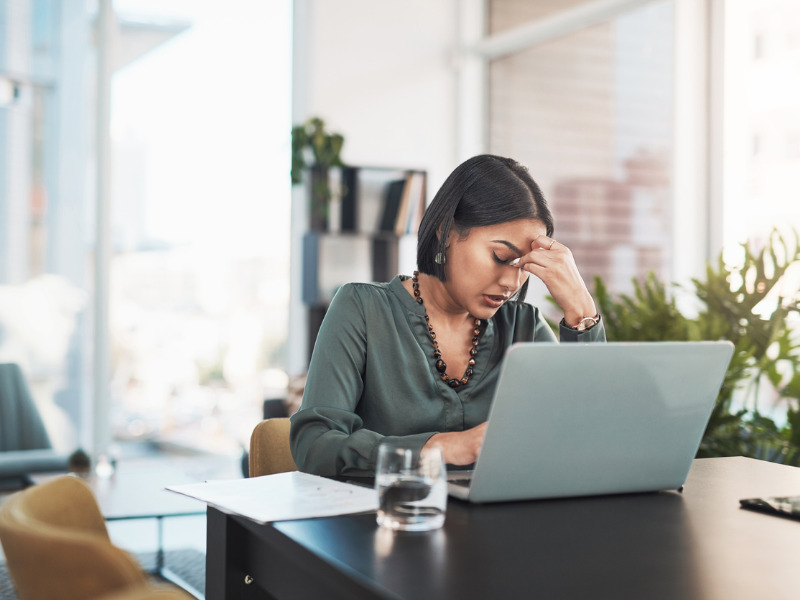 Have you heard about the term “quiet quitting”?  It’s believed to have started on TikTok but has gained popularity in all forms of social and mainstream media.

As the term has been tossed around, it has also been defined and redefined. For some, the term “quiet quitting” refers to mentally checking out from work, but for others, it’s about not accepting additional work without additional pay.

Forbes magazine describes it this way – “Quiet quitting was a popular phrase earlier in the year, with the idea that many employees were looking to put the bare minimum effort into their jobs. Enough to complete their daily tasks, enough to avoid being sacked, but not going above and beyond to do more than the minimum requirements.”

The Forbes article also says that many who have embraced the quiet quitting approach were doing it to have more time to focus on their other sources of income.  Whether it’s a side hustle or something in addition to your job, they’ve become much more popular and attainable over the past few years.

If the Forbes article is correct, it appears that In this post-Pandemic world, we’re not as comfortable relying solely on our jobs to support or fulfill us.  As evidenced by the Great Resignation, people are questioning many of their choices and no longer buying into the previous generation’s belief that you kept the same job for life, retired after 40 years, and were given a well-deserved going away party at the end.

The interesting thing is that the term “quiet quitting” has become so popular, people are also using it in  contexts other than employment.  For example, the idea of “quiet quitting” is being applied to relationships, referring to when one person stops trying and gives up without telling the other person about their feelings or needs.

Since so much has already been discussed on this topic, I wasn’t planning on doing an episode on it.  But then I actually started to do my research and realized I have a lot to talk about when it comes to the subject of quiet quitting, especially as it pertains to accountant moms.

Even if you’re tired of hearing about quiet quitting, I suggest you continue listening because I might surprise you with my perspective.

This week I’m going to discuss why the concept of quiet quitting is problematic for accountant moms and what you should be calling it instead.

Why the concept of quiet quitting is problematic for accountant moms

If you read or listen to people discussing the concept of quiet quitting, it’s being portrayed as not outwardly quitting, but doing just the bare minimum.  They say that you’re doing your job, but not going above and beyond, leaving when it’s time to leave, and not staying later.

From the time my daughter was born 30 years ago, I have worked part-time.  As I’ve shared in previous episodes, I was working at Deloitte at the time and the partner in charge of the Tax Department didn’t want to lose me so he offered me the first part-time position in the office.

Here’s what I often heard from my male colleagues when I would leave at 5:30 pm – “Working half a day?”.  They had no idea how much work I got done in the 8 hours I was there, but I can tell you it was much more than they did.

I even went to the tax partner to make sure he didn’t think I was “working half a day” when I left at 5:30 on the days I worked.  He said, “I know you get more done than anyone else.  Why do you think I created the position for you?’

If the term quiet quitting had been around then, I would be considered as a quiet quitter because I didn’t stay at work until 8 pm.  Forget the fact that I was more productive and efficient in 24 hours a week than most of the department was in 50+ hours a week, and still am.

The issue is that our hustle culture has bombarded us with the idea that if we’re not giving 110%, we’re not doing a good enough job.  We’re made to believe that what we’re giving isn’t good enough and that we should always look to give more.

Consider this – who does it actually benefit to have people discussing and worrying about the concept of “quiet quitting?”  It sure sounds like employers would be happy to have their employees question their level of commitment and productivity.

Guess who it hurts the most?  Working moms.  We’ve already got enough hoops to jump through and glass ceilings to try to break – now you want to describe us doing what we’re hired to do as “not doing our job” or not being dedicated enough?

Unfortunately, as young girls we’re already taught that we need to work twice as hard to have a seat at the table, that we should just be grateful for what we have, and not be too pushy or advocate for ourselves.  And heaven forbid we show how incredibly capable we are, then we’re expected to pick up other people’s slack so that we can be considered good “team players.”

Here’s the truth – doing your job to the best of your ability, leaving when the normal work day is done, bringing your kids to the doctor when they’re sick, being home to have dinner as a family, and not answering email on the weekends does NOT make you a quiet quitter.  It makes you a hard-working accountant mom.

I don’t work past 3:15 pm and I don’t ever apologize for it.  Besides being a CPA, I am also a Professional Certified Coach for accountants, and run my own coaching business when I’m not at my accounting job.

I am a wife, a mother, the Community Manager at CPA MOMS, I create this weekly podcast, and I wrote a book this past year.  I give my entire life 100%, however, there isn’t one piece that’s more important than the other.

I am not quiet quitting because I do the job I’m paid for without burning myself out in the process.  I’m doing my best to have the balanced life I deserve and have worked hard to create.

What we should be calling “quiet quitting” instead

I understand there are plenty of people who are truly “dialing it in” when it comes to their jobs.  There are many in the accounting profession who are doing the bare minimum and getting paid to grossly underperform.

Believe me, I get it; I’ve dealt with this in my office over the past few years and it’s incredibly frustrating.  Watching adults allowed to behave unfairly and incompetently is annoying to say the least.

But when it comes to hard-working accountant moms who are trying to balance having both a career and a family, who in essence have two full-time jobs – one of which can require being up all night with a sick child – we need employers to see us as valuable, not quiet quitting just because we’re not willing to sacrifice our physical, mental, and emotional life for our jobs.

Is it quiet quitting when you leave the office at 5 pm to pick up your child from daycare so you don’t have to pay extra and the wonderful childcare providers can go home to dinner with their families?  No, it’s called being a good mother and a considerate human being.

Is it quiet quitting when you say no to attending that conference because your son is in his first soccer tournament and he really wants you to be there?  No, it’s called supporting your child.

Is it quiet quitting to have a bookkeeping side hustle in order to have extra money for your family?  No, it’s called using your gifts and talents.

Is it quiet quitting to ask for a flexible work arrangement so that you can help take care of an ailing parent?  No, it’s called being a kind human being.

Is it quiet quitting to not want the promotion because of the added responsibility?  No, it’s called having your own career vision and priorities.

Is it quiet quitting to end work at 3:15 pm each work day?  No, it’s called having healthy boundaries.

Is it quiet quitting to create a podcast that helps thousands of accountant moms, run a coaching business for accountants and write a book for accountants?  Hell no!  It’s called being multi-passionate.

Instead of employers seeing their employees through a “quiet quitting” lens, maybe it’s time they appreciated what they do while they’re doing the job they’re paid for and not expect them to over deliver without being compensated in some way.  Maybe the Great Resignation wouldn’t have hit the accounting industry so hard if how you do your job wasn’t described in such negative terms.

The funny thing is that they say this new generation is lazy and has a sense of entitlement, but maybe they’ve just learned from the frustrated, burned out, and stressed out older generation.  Maybe they’re trying to challenge what’s considered “normal” and discovering a “new normal.”

What if we all intentionally and unapologetically created our own new normal?  Instead of judging each other and labeling each other as “quiet quitting,” let’s take some time to define what works for us in terms of our jobs, our careers, and our lives.

Don’t let some popular term like “quiet quitting” shame you or make you feel guilty for doing your job and not sacrificing yourself in the process.  Do your best and do what you’re paid for, but don’t let someone try to convince you that you’re doing anything wrong.

There is nothing wrong with being a working mom who doesn’t sacrifice herself or her family for her work.  You can still be a great accountant and march to the beat of your own drum.

Are there people who aren’t pulling their weight and getting paid handsomely to do less than you?  Absolutely!  But don’t let someone else’s bad behavior automatically make you question yours.

Let’s choose to be an example of what’s possible for each other instead of worrying if we’re doing enough.  I’m sure there’s some accountant mom out there that needs to hear this, so here goes – you’re doing enough and you are enough, just the way you are.