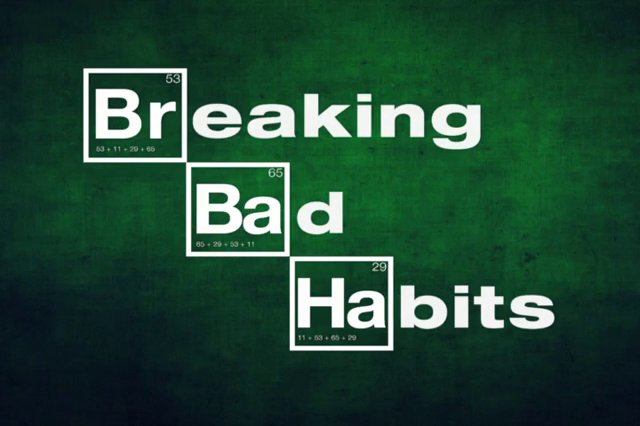 Typically the start of the new year is when we take inventory of what’s working, what’s not, and what we’d like to do differently in the upcoming year.  The 12 months ahead offer us a symbol of hope that we will have set and accomplished various goals by this same time next year.

While it sounds so promising, how many of us find ourselves setting the same unmet goal year after year?  How many of us, with all good intentions, have yet to break some bad habits and finally create better ones?

I was recently reading the book “The Coaching Habit” by Michael Bungay Stanier and knew I had to share some of the things he discusses in that book.  He explains what we’ve already suspected – it’s hard to change our old ways of behaving, however good our intentions are.

To clarify, he offers the following examples:

How often have you sworn not to check email first thing in the morning and nonetheless found yourself in the wee small hours with your face lit by the pale screen glow?

How many times have you intended to find inner peace through the discipline of meditation or yoga yet couldn’t find five minutes just to sit and breathe?

When was the last time you committed to taking a proper lunch break and somehow found yourself shaking the crumbs out of your keyboard, evidence of sandwich spillage?

How often have you decided to abstain from drinking for a while yet had a glass of wine mysteriously appear in your hand at the end of the day?

I’m going to add the following examples that I also think accountant moms can relate to:

How often have you sworn you were going to leave the office on time or turn off your home office computer on time, and nonetheless found yourself 30 minutes past your self-imposed deadline still at the office or in front of the computer?

How many times have you intended to listen to one of The CPA MOMS podcasts and actually implement something you learned, yet find yourself, once again, not making time for it?

When was the last time you committed to sticking to time boundaries with your clients and somehow found yourself saying Yes instead of No and working on a client who ignored the boundary?

How many times have you promised yourself you’d schedule some self-care time, yet someone else’s request of you took precedence?

I’m sure you could relate to at least a few of these examples, if not most.  The issue is that we often get caught up in the hype of setting goals, setting New Year’s Resolutions, or deciding what we’d like to change, and then get overwhelmed with how.

If you think about it, it’s simple to pick what you’d like to change or improve your career or your life, but it’s not so easy to actually figure out how to do it.  You’ve probably got a list of “That would be nice” things either written down or in your head, but how do you translate that list to reality?

If you think advice like doing something for 21 days will automatically create a new habit, think again.  Happily, there has been an increase in grounded findings based on neuroscience that has helped clear up the process for breaking bad habits and creating better ones.

This week I’m going to discuss why it’s challenging to break bad habits and how to create better ones.

Since I love researching topics for this podcast, I get a little thrill when universities or other programs have researched a particular topic that I’m interested in sharing with you on this podcast.  For example, Duke University conducted a study that explains that 45% of our waking behavior is habitual.

In other words, almost half of the things we do or don’t do when we’re not sleeping are habitual.  While we’d like to think we’re in charge of our behavior, it turns out that we’re not so much controlling how we act as we are being controlled.

But by what?  By our lower, primitive brain.  As I’ve discussed on this podcast, that part of the human brain is motivated to seek pleasure, avoid pain, and conserve energy.  Do you know what makes it easier to conserve energy?  Formed habits.

It’s actually a brilliant process where our brain learns how to do something, you initially expend a lot of energy practicing it, but eventually, you’ve done it so many times that it becomes a habit.  It’s then stored in the lower brain and easily used without you even having to think about it.

For example, think about when you learned to drive a car.  Initially, you had to think about every single thing – hands on 10 and 2, foot on gas or brake, check mirrors, determine what each road sign means – but now, you just get in your car and drive without having to think so much.

Even how you get back and forth to work or to other places you’ve been to many, many times now takes no effort at all.  In fact, there are many times you probably end up at your final destination and barely remember the drive.

That’s all because of your lower brain storing the things you’ve done over and over again.  The issue is that your lower brain doesn’t care whether your habits are good or bad; it just cares about storing your habits so that you can conserve energy and not have to expend energy practicing how to do something.

As you get older, your lower brain becomes more and more resistant to changing familiar habits, even if those habits aren’t helpful.  Therefore, if, for example, you have a habit of saying Yes when you really want to say No, your lower brain has already stored that automatic response and will not give it up so easily.

So what can you do to break bad habits and create better ones?

How to create better habits

As I said before, after reading “The Coaching Habit,” I knew I had to share some of the information with the podcast audience, especially when it comes to creating better habits.  Author Michael Bungay Stanier explains that there is a lot of misinformation out there and that he wanted to help clear some of it up.

A reason – when I work with coaching clients and they’re trying to do something they’ve never done before, like learn better time management habits, they first need to get clear on a compelling reason.  They need to understand why creating this new habit is important to them.

But the most important thing to consider when choosing a better habit is how this new habit can help someone else.  For example, you might want to create better time management habits so that you can have more time with your family, give up something unhealthy like overdrinking for your kids’ sake, or begin a new morning routine so that when you get to work, you can be as productive as possible and not feel guilty on the weekends with your family.

A trigger – the second essential to creating a better habit is awareness of what triggers the old, bad habit.  The more specifically you can define your trigger moments, the more useful a piece of data is.

You cannot create a better habit until you know what’s triggering a bad one.  The more specific you can be, the better.

A micro-habit – the third essential to creating a better habit is deciding on a micro-habit.  This is something specific, small, and can take less than 60 seconds to complete.

Many of us don’t create better habits because we envision the finish line instead of the one small step in front of us.  The truth is that going from 0 to 1 is all that’s needed to begin to create a better habit.

Most people overwhelm their brains with a plan to go from 0 – 100 and then wonder why they give up.  By creating a simple, doable micro-habit that doesn’t take a lot of time, you allow your brain to be on board because it doesn’t have to expend a lot of energy.

For example, with the bad habit of procrastinating, the micro-habit could simply be choosing one simple thing to do each day, or at various times during the day that only takes a minute or two.  If you had a work project due in 2 weeks, you could take a minute to get clear about what needs to be done, a minute to break it down into the beginning, middle, and end, and then a minute to choose one task for the beginning of the project.

Micro-habits are the building blocks that build momentum and cultivate better habits.

If you’ve done the first three essentials – you have a reason for wanting a better habit, you know what triggers your bad habit, and you’ve chosen micro-habits – this fourth essential is about recommitting every day and systematizing your practice.

For example, with the bad habit of procrastinating, you could create a daily practice of setting aside the first 5 minutes of your work day to review where you’re currently at for that project and make sure you’re clear about the next small step.  Every day, the first thing you do is practice recommitting to the better habit.

The more you repeat your micro-habits, the more your lower brain is onboard.  That part of your brain can easily get in your way when you’re looking to create a better habit, so it’s vital that you decide to make the repetition of micro-habits a daily occurrence.

Your lower brain loves immediate gratification, so add a micro-habit of celebrating each small thing you do.  The truth is that reward is a great motivator for your lower brain.

A plan – the final essential to creating better habits is having a failure plan.  The truth is that you will stumble and not do this perfectly; therefore, you must decide in advance what you’re going to think when you stumble.

You need to expect that you’re not going to create a better habit without a few bumps in the road and plan right now for that to happen in the future.  What do you want to choose to think that will keep you motivated?  What do you want to tell yourself when you stumble?

In order to put it all together, Michael Bungay Stanier recommends what he calls “The New Habit Formula” – identify the trigger, identify the old habit, and define the new behavior.  Begin to address this by noticing, “When this happens, I do this.  Instead of doing this, I want to do that.”

For example, “When I work on XYZ client, I procrastinate by telling myself there’s plenty of time.  Instead of procrastinating, I want to commit to having the project done ahead of schedule by planning and following the plan no matter what.”

As you start this new year, try to break bad habits and create new ones, here are some final tips – start somewhere easy, start small, manage your brain, be accountable to someone else, and don’t make failure mean anything negative about you.  Once you understand how to make it easier for your lower brain to get on board, you’ll be amazed at how many better habits you’ll be able to implement.

* The issue is that we often get caught up in the hype of setting goals, setting New Year’s Resolutions, or deciding what we’d like to change, and then get overwhelmed with how.

* If you think advice like doing something for 21 days will automatically create a new habit, think again.

* Happily, there has been an increase in grounded findings based on neuroscience that has helped clear up the process for breaking bad habits and creating better ones.