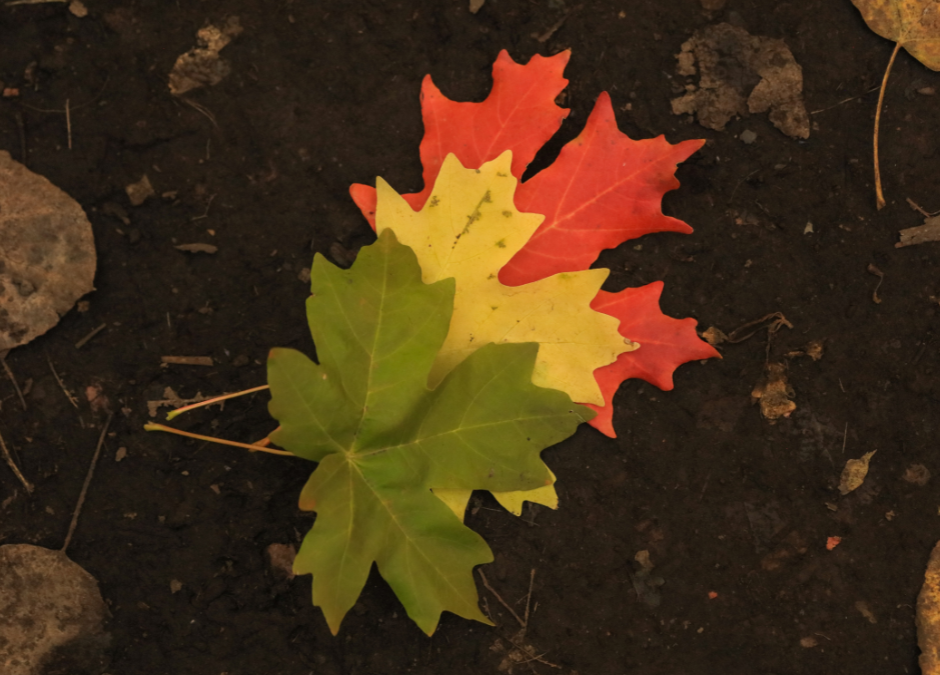 As a mother, you’ve probably had to deal with your children’s issues with transitions; I know I certainly did as my two children were growing up.  It’s actually quite common to see young children having meltdowns due to the fact that their day is filled with one transition after another, especially as a new school year starts.

Think about it – they transition from sleeping to waking up, from wearing pajamas to having to put on clothes, from being home to school and back home again, from playtime to mealtime, from being quiet to being loud, and from one activity to another.  It’s exhausting just to think about all the transitions that these little humans must deal with on a daily basis.

But the little humans aren’t the only ones that struggle with transitions; the big humans have difficulty as well, especially us working moms.  We’ve got the transition of waking up, going from alone time to everyone’s uptime, from pajamas to clothes, from drop-off time to pick-up time, from work to home, from accountant to mom, and from kid time to grown-up time.

It’s no wonder we also can have our own versions of a meltdown due to all the transitions we have to go through in a day.  Sometimes those meltdowns can look like the toddler temper tantrum we see with our children, or it can look like yelling at your children more than you want to, eating unhealthy snacks, drinking a bit too much wine at the end of the day, scrolling social media more than you’d like, or just feeling so utterly overwhelmed that you want to cry.

If you look up the topic of dealing with transitions, you’ll find a lot of discussions around ADHD.  Children and adults diagnosed with ADHD typically have the most challenging time with transitions because it requires a lot of energy and effort to disengage from one activity and move your attention to the next, something that an individual with ADHD can find super challenging.

Changing gears and shifting your focus can leave anyone feeling irritated, fatigued, or scattered.  If you find that you have difficulty dealing with transitions, you’re not alone.

As an accountant and a mom, transitions can be even more difficult because our environment can often require us to transition abruptly, perhaps to answer an email or a phone call, to stop what we’re doing to help a child who’s crying, to stop what we’re focused on to answer a family member’s 100th question.  No wonder we often feel grumpy and annoyed by the end of the day.

So if you’ve noticed you have difficulties with transitions, it’s completely normal, but I’ve also got some helpful suggestions.  Dealing with transitions doesn’t have to be so bad.

This week I’m going to discuss why we have such difficulty dealing with transitions and how you can deal with them better.

Why we have such difficulty dealing with transitions

If it’s the beginning of the school year when you’re listening to this podcast, I’m going to bet that you and your children are dealing with the struggles that come with transitioning from school-free Summertime to jam-packed school is in session time.  When my kids were younger, it was one of the most challenging times of the year, getting them to transition back to the school routine.

As I shared, there is a lot to be learned about our difficulty with transitions based on the studies and work done on children and adults with ADHD.  The funny thing is that in reading some of the articles on this topic, I noticed a lot of similarities between ADHD tendencies and accountant tendencies – things like hyperfocus, distractability, indecision, and procrastination, to name a few.

I’m not saying that many accountants have ADHD, but we have similar tendencies that affect how we deal with transitions.  We can get hyper-focused on our work and get super annoyed when a client emails with a question they could Google; when we’ve got to do something challenging, we’ll easily get distracted with other things; making decisions about what to do next can create a good deal of frustration; and procrastination is often one of the most significant issues in the deadline-driven world of accounting.

The truth is that transitions can be challenging for all of us because we have a human brain that likes consistency.  We are hard-wired to resist change, so it’s no wonder we struggle with transitions.

One key function of the brain is to regulate our body for survival, which is best achieved in a state known as homeostasis, where the nervous system is in balance.  Because of this innate drive for internal stability, the brain will react to uncertainty and change as a threat.

This is important to understand because the resulting stress response not only changes our hormonal balance but also affects the way we think and feel.  As I’ve shared on this podcast, how we think and feel drives our actions, inactions, and reactions, making it understandable that we, and our children, would show signs of distress when transitioning from one scenario to another.

Another reason we have such difficulty dealing with transitions is that transitions often involve the unknown, even if we’re unaware that our brain is giving them that meaning.  When faced with the unknown, we can get caught up in imagining worst-case scenarios, driven by our desire for stability.

Our brain’s negativity bias prefers negative interpretations and tends to look for clues to reinforce and confirm them.  When this happens, we can get locked into a pessimistic mindset, pulling us down and zapping the energy and courage we need to cope with change.

I see this often with new entrepreneurs transitioning from being an employee to now being on their own.  Living through a process of letting go, reorienting oneself, and planning for a new beginning all at the same time will often activate the fear response in our brain (flight, fight, freeze), which will impact our cognitive thinking (knowing, judging, problem-solving) and make us feel stuck.

Knowing why this is happening and that there’s nothing wrong with the fact that you might have difficulty with transitions can be a helpful first step.  Now let’s talk about how you can deal with transitions better.

How to deal with transitions better

As I’ve shared numerous times on the podcast, I listen to many other podcasts for my knowledge and also to find ideas for this podcast.  One of the podcasts I listened to had a fascinating perspective on transitions that I wanted to share with you.

They talked about how Frank Lloyd Wright used transitions in his architectural designs.  This was referred to as “compression and release” and was generally used in entranceways or narrow hallways.

He would design these entryways or narrow hallways with extremely low ceilings, confining the space, keeping it tight and compressed, as well as simple and not visually stimulating.  The purpose was to encourage people to move through those spaces into the bigger main room, which led them from the “compression” to the “release.”

He used this to train people on how to get through his buildings and hang out in certain areas designed and built for that.  In other words, he would purposefully create claustrophobic entrances that led to the main room, which was big, bright, and beautiful, encouraging people to go through the transition from compression to release.

His architectural designs showed that the uncomfortableness of a transition could actually be helpful to propel us to move forward to the release, to that bigger room with the higher ceiling, that comfortable space that we ultimately want to go to.

So as far as our own transitions, I believe it’s helpful to envision the Frank Lloyd Wright design and imagine that the uncomfortableness of a transition is simply the compression that leads to the release to a much bigger, more comfortable space where there’s room to breathe and move around.  In other words, consider a transition as simply a narrow hallway that leads to a bigger, more beautiful room.

Think about how this could apply to a work situation.  Maybe you’re considering going out on your own as an entrepreneur, and the thought of it is making you uncomfortable or even a little claustrophobic.  Now imagine that the only thing that’s happening is that you are transitioning from the compression of the narrow hallway of being an employee to the release of the big, expansive possibilities for your career, your finances, and time with your family as an entrepreneur.

Or let’s say your firm merges, and you now have a new partner or manager.  This transition may allow you to design a new career path that wasn’t possible under the previous owners or recreate your role in a new way because they may not have the same beliefs about you as the previous management did.

You can also apply the concept of “compression and release” to your children starting school, or perhaps you’ve had a change in your relationship status, like getting divorced and becoming a single mom.  No matter what the situation is, it’s important to understand that each transition doesn't last forever, no matter how big or small.

It’s also important to be kind to yourself when you’re going through a transition or your children when they’re going through one.  Give yourself permission to take it easy and not have to be on the go constantly by allowing some time and space for the release.

For example, acknowledge that you might be more tired, on edge, or irritable when you’re going through a transition.  Maybe you’ll be more emotional than usual, but don’t add a layer of self-judgment.

I recently was dealing with the transition of my son, Brendan, moving from New York to Denver.  In the past, I would have chastised myself for being emotional about his move, making myself look at all the positives and how we’ll still be able to video chat, and I’ll be able to visit whenever I can.

But I worked with a life coach who helped me see that it was okay to be sad about this transition and allow myself to have my feelings.  The funny thing is, the more I allowed myself to feel the sadness and the compression of the hallway I was in, the easier it was to feel the release and to enter the big, bright room of the new version of our relationship where he’s in Denver, and I’m in New York.

So hopefully, I’ve given you a new understanding and perspective on how to deal with transitions.  Just know they’re often uncomfortable for a reason, but it doesn’t last forever.