Doing Less Without The Guilt 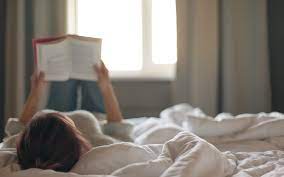 As busy, intelligent accountants and moms, we know all about doing what it takes to have a career and a family, but we’re often told at an early age that our worth is tied to how much we can get done.  We’re rewarded by parents, teachers, and employers for all we can accomplish.

We’re also told that we must work harder if we want more money.  If we want that promotion, we must show how good we are at getting more done than anyone else.  To be good working moms, we must take on the herculean task of balancing a career and a family but not complain about how challenging it can be and how much there is to do.

The funny thing is that we rarely talk about doing less.  We tend to consider someone who does less lazy or incompetent.

We’ve all heard the expression “Less is more,” but who among us has actually been able to implement that way of being?  How many of us like the idea but find it impossible with everything we have going on in our professional and personal lives?

I once spoke to a colleague about the idea of “less is more,” and she said, “Who has the time to try to figure out how to do less?”  I laughed because that’s how many working moms feel – we do so much, for so many people, that it can seem impossible to shift gears and do less.

In a Harvard Business Review article by author Kate Northrup, she writes, “As it turns out, evidence supports that if we want to ramp up our productivity and happiness, we should actually be doing less.”  She shares that David Rock, author of Your Brain At Work, found that we’re truly focused on our work a mere six hours per week, which starkly contrasts our collective buy-in to the 40-hour workweek.

She explains that when you stop doing the things that make you feel busy but aren’t getting you results (and are draining you of energy), then you end up with more than enough time for what matters and a sense of peace and spaciousness that constant activity has kept outside your reach.  In other words, doing less can actually free you to do what matters more.

The question she poses is, “As people with full lives — kids, careers, friends, passions, logistics, and more — how can we apply the wisdom of doing less to give ourselves more time and alleviate stress without jeopardizing our results?”  Since we are all rewarded for adding, how can we learn to subtract?

It sounds comical to say this to an audience of accountants, but I want you to start to consider what it would mean to use our mathematical skills and subtract things.  Seriously, what comes up for you when I suggest you begin subtracting instead of adding or keeping things the way they are?  Does it make you a little anxious or confused?  Then let’s figure this out together.

This week I’m going to discuss why it’s important to do less, and I’m going to share some ways you can start subtracting instead of adding.

Why it’s important to do less

Think about the last time something didn’t go as planned, especially at work.  For example, a client’s tax return wasn’t processed properly and was filed late.

Most of the time, we would try to figure out what more could be done, not what less could be done.  We typically jump to the conclusion that a new process needs to be added instead of the possibility that there might be too many steps in the current process that could be eliminated, which could give people the space to do their job better.

Think about the various things you buy and how they always add another new feature to entice us to purchase the item because more is better, even if it’s a feature we don’t need or will likely ever use, like more bells and whistles on a new version of the Iphone.  We’ve become so accustomed to having so much at our fingertips that we’ve become a culture addicted to more.

Consider a work setting with many rules and policies – how many times have you seen one removed?  How often has a company’s employee handbook gotten smaller?

The truth is that by default, our comfort level as humans is to add, not subtract.  We are hard-wired to do more, and it’s only when we’re forced to, that we will give in and do less, like when we’re sick or there’s something that’s making it impossible for us to do more.

For example, the pandemic forced us to do less and to change in ways we have never experienced in our lifetimes.  For a period of time, we couldn’t drive to work, go grocery shopping, eat in restaurants, or see people and hug them.

The pandemic also shifted a lot of how accountants get our jobs done.  Before the pandemic, the mindset was, “You need to be in the office to get your work done,” however, necessity made it possible for employers to change that way of thinking.

The key reason that doing less is important is that even though our brains are hard-wired to do more, our lower, primitive brain is also the same brain we had when humans were cave dwellers.  The lower part of our brain has evolved to a certain extent, but it cannot handle the overload of things that entice us to do more.

To that lower, fear-based part of your brain, doing more is essential to your survival.  However, it doesn’t understand that doing more means pushing yourself to the point of burnout, especially as an accountant and a mom.

It cannot put everything you’re doing into context, allowing you to decide what you can and should do less of.  To this part of the brain, doing less is dangerous because it believes your survival depends on contributing to the tribe and being considered valuable.

It equates doing more with being safe, with adding value.  If this part of your brain had its way (and it does 90% of the time), it would be on a never-ending lookout for how you could be doing more.

It’s important to do less on purpose because until you take charge of how your lower brain interprets how much you should be doing,  you’ll never get a handle on busyness for the sake of being busy.  You need to start taking a hard look at how you can do less so that you do what matters most – for your sake and your family’s sake.

Ways you can start subtracting instead of adding

In the Harvard Business Review article by Kate Northrup, she shares, “Life is not about racking up a list of accomplishments.”  She also asks, “What can you stop doing to make more time for yourself, make more time for joy, and use your time more meaningfully?”

She offers that the next time you set a goal or decide you want to improve upon an area of your life — or simply alleviate some of the pain that area is causing you — remember to go for subtraction instead of addition.  She encourages us all to revel in the joy of doing less.

The first thing I suggest, as a busy working mom, is to start identifying what NOT to do.  We all have incredibly long TO-Do lists, but how many of us have a NOT to-do list?  I’m going to guess that you’ve probably never even considered a NOT to-do list, but there’s no time like the present to start.

I also want to be clear that this isn’t about delegating to someone else.  This is about truly subtracting things and removing them altogether.

For example, those drawn-out weekly meetings, re-reading emails more than once before sending them, justifying why you are saying “No” to someone or something, overscheduling yourself and your children, and doing things others are capable of doing for themselves.  This is just the tip of the iceberg of things you can put on a NOT to-do list.

The next thing I suggest for doing less is to reframe the loss of an addition.  In other words, if you’ve identified something you want to stop doing, reframe it as an addition rather than a subtraction by asking, “What am I gaining by no longer doing this?”

If you’ve ever read “The Life Changing Magic of Tidying Up” by Marie Kondo, she suggests removing everything from your closets and drawers, only putting back things that spark joy.  She teaches that instead of focusing on what you’re getting rid of, focus on what you’re keeping.

For example, I removed being available for coaching sessions on Wednesdays because I want to keep Wednesdays free to work with my own coach and to have date nights with my husband.  Instead of looking at what I’m losing by not having clients on Wednesdays, I look at what I’m gaining by no longer having that on my calendar.

Another example I removed was being in a book club I had been in for years.  What I gained by no longer participating is the gift of my time because now I have so much more time to do things for my coaching business than I had before.

If I want to get together with the book club members, I can always schedule time with them but subtracting the to-do item of reading the book of the month and then meeting to discuss it has added so much more time back into my life.  The key was re-deciding whether I wanted the book club to be on my to-do list going forward, even though I’d been doing it for many years.

Even writing out the notes of this podcast became an exercise in doing less because I noticed I was taking more time than I wanted to write everything out.  Instead, I decided to break everything down into pieces and adhere to a time management schedule that has me doing it all in less time.

So what will it be for you?  What are you willing to subtract, and what will you gain by doing it?  What would you like to do less of?  What’s getting in your way?

If it’s guilt, don’t worry because I have a surefire way to eradicate guilt.  The truth is that your brain is hard-wired to feel guilty about doing less, but I can teach you how to override that wiring.

If doing less is something you struggle with, I can help.  Simply schedule a free 20-minute session with me, and I can show you exactly why you’re having a problem with doing less and what to do about it.

I can show you what your lower brain is doing that’s making it challenging to do less and the power of using your higher brain to get more comfortable with subtracting and not feeling guilty about it.  If doing less is an issue, just know that it’s because of your brain, and accountant brains are something I am an authority on.

I’ve had an accountant brain for over 30 years, and I promise you, there are things you can learn to implement that will help you do less and feel better.

You can schedule a free 20-minute session with me HERE