Getting What You Want Without A Fight 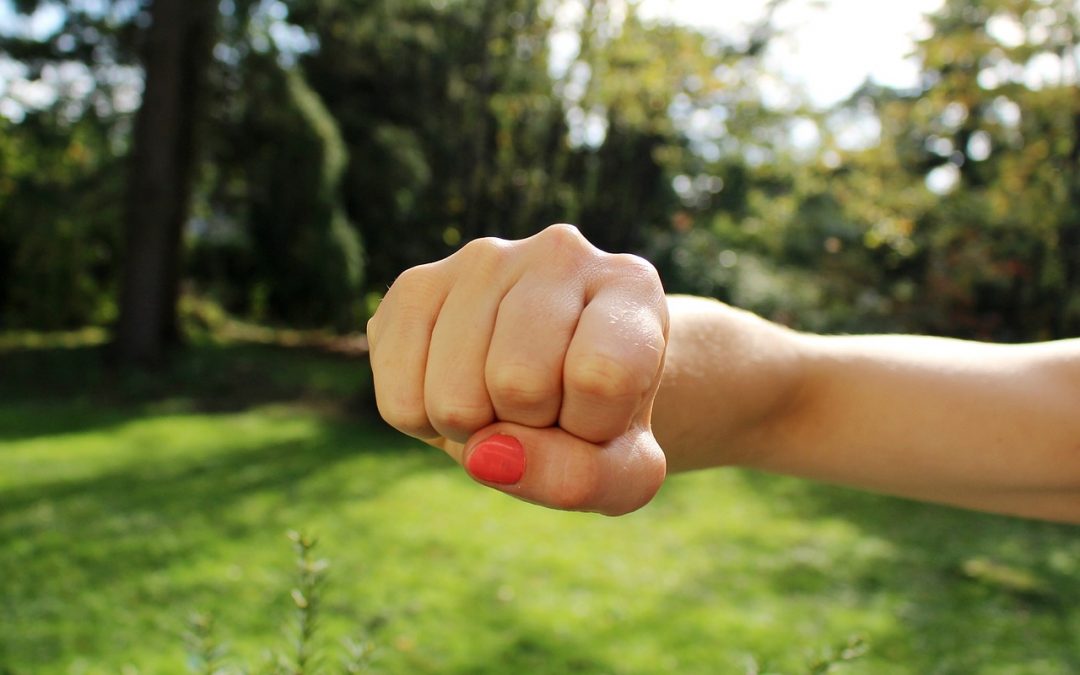 Wouldn’t it be amazing to wave a magic wand and be able to get what you want without having to have an argument or a fight? Whether it’s with someone you know, like a partner or a boss, or someone you don’t know, like a customer service representative, wouldn’t it make your life easier if you could want something and easily get it from someone?

I was watching a webinar on this exact topic – getting what you want without a fight – and I was fascinated by the idea that it’s possible. As I watched the webinar, I couldn’t help but remember a crucial time when it seemed like there was no chance I would get what I wanted, but I did without a fight.

This was when my son was in kindergarten. He had been diagnosed with ADHD in pre-school and needed special services once he started kindergarten. It was the end of the school year, and the district was deciding where the children with special needs would go for first grade.

Unfortunately, I was told that my son’s first-grade class would not be in my daughter’s school or where his neighborhood friends were going. According to the director of special education for the district, they were putting the first-grade class with special needs in a completely different school.

Needless to say, I was devastated. I wanted my son to be with people he was familiar with in a school that I was familiar with. The director told me it was already a done deal and would be announced by the Superintendent of schools that week.

I remember talking with a friend and telling her how upset I was but that there was nothing that could be done. I’ll never forget what she said, “Really? There’s nothing that can be done? I don’t believe that for a second. You’re a mom. You can do anything.”

Her belief in me shifted something inside of me. I immediately drove to the Superintendent’s office without an appointment, asked to speak to her about an urgent matter, was willing to sit there all day if I had to, and was ready, willing, and able to explain what I wanted.

Even though the decision was supposedly already made, in the end, she changed the decision so that the first-grade special needs class would be in the school I wanted. I got what I wanted and didn’t have to fight or argue for it.

It wasn’t until I watched that webinar recently that I realized what had happened all those years ago. I had done what this coach teaching the webinar explained without knowing that that was what I was doing when I spoke to the Superintendent. So what did I do? Let me explain.

This week I’m going to discuss the biggest mistake people make when trying to get what they want and how to turn it around so you get what you want without a fight.

We all have things we want that require someone to say yes. For example, if you’re seeking a job, you need to interviewer to say yes, you’ve got the job; if you’re a parent, you often need to advocate for your children in various ways; if you are a spouse, you probably need your partner to say yes to certain things.

It doesn’t matter how strong or independent you are; there are just certain things you need someone else’s agreement on. Thankfully, you don’t have to give up or become aggressive or manipulative to get what you want without a fight.

As I said before, I was watching this webinar and knew this was something that every woman who listens to this podcast needs to learn. It’s so good that I wanted to make sure I shared it with you all.

The coach teaching this webinar asked the attendees to think of something they wanted that required someone else’s agreement. For example, a raise, more money, a client to say yes, something for your child, your spouse’s help, etc.

Now think about asking for what you want. How do you feel? Why do you feel that way?

Now imagine what you might do or not do when you feel nervous. If it were me, I’d probably spin in my head, have different “what if” scenarios running, get headaches from the tension, not sleep, maybe drink a glass of wine to calm my nerves, not act calmly, struggle with being present at work and home, and possibly get prepared for a fight if they don’t give me the raise.

I would probably be on edge, reading into everything my boss did or didn’t say, trying to figure out what my next move should be. Or I might try to appear calm and indifferent, all the while, underneath the surface, I would be a ball of nerves, like a duck that seems to calmly be gliding over the water when in reality, his little webbed feet are feverishly paddling underneath him.

Before I explain the issue with this scenario, I want to briefly explain a tool I teach my coaching clients called The Model.  It’s a formula with 5 lines and it is the secret to everything.  Here’s a quick overview of The Model:

The important thing to understand is that you are a circumstance in someone else’s Model, you and your request are completely neutral, and them saying yes or no is in their action line.  What does this mean?  It means that it’s no wonder we exhaust ourselves trying to get people to say yes to what we want because we’re looking for an answer that’s not within our control.

The truth is that there is no perfect circumstance, which means you cannot make someone take action; it’s their thoughts and feelings that create their actions, not the fact that you want something.  You can try to coerce and threaten them, but you and your request for something are a neutral circumstance in their Model.

In other words, you can spin, worry, try to manipulate, or gear up for a fight, wanting someone to give you what you want, however, your request is neutral in their Model. It doesn’t mean anything until their brain makes it mean something; their thought and feeling will drive their action of saying yes or no, but none of that is within your control. Their Model is not within your control.

For example, you may want a job and have the perfect resume, however, you and the resume are neutral circumstances until the interviewer’s brain has a thought about it; you may want a raise or be the most valuable employee in the firm, but you are still a neutral circumstance in your boss’ Model until their brain has a thought about you. None of which you have control over.

This might sound like a bummer, but I assure you it’s not. The problem with believing we have control is that we waste so much of our time and energy trying to be the best circumstances in someone else’s Model when our time and energy could be spent in a much better place – in our Model.

Getting what you want without a fight

What this coach taught during the webinar was brilliant – all you need to do is focus on your Model because that’s what you have control over. Your thoughts, feelings, and actions will give you a result that’s within your power, not someone else’s.

This is incredibly important because it means you can decide on the result you want for yourself. For example, “I showed up as my best self,” “I expressed myself calmly and rationally,” or “I trust that they’ll make the best decision” – remember, the result line of your Model is only about you, not the other person, and that’s where all your power lies.

What I now realize about that scenario years ago with the Superintendent of the schools is that I was entirely in my own Model. My friend’s words, “You’re a mom. You can do anything,” triggered the thought, “I’ve got this,” which made me feel courageous.

When I felt courageous, I shared my concerns with the Superintendent of Schools, but I also prefaced everything I said with “I know you…” For example, “I know you have all the student’s best interests at heart. I know you care about the students. I know you are well aware that students with special needs need familiarity and consistency. I know you understand how important it is to set them up for success in any way we can. I also know you want what’s best for my son as much as I do.”

The result for me was that I showed up as my best self and got my point across without a fight. I wanted her to know that I knew she wanted what was best for my child, and whether she said yes or no, I had control over the result of taking action to voice what I wanted without a fight.

I didn’t know The Model at the time, but I can see how it played out:

So the question you might have is, how do you handle a no? The best part about learning The Model is that you no longer take it personally because you understand that the other person had their own thoughts that were different than yours, and that’s okay.

You can still be disappointed, but you can also process that emotion instead of dismissing or denying it. You can understand that the feeling of disappointment is coming from a thought you’re now having; you can allow the feeling, and you can plan for a new Model if you want, where you keep going and taking action to possibly get a yes in the future, or if you decide to let it go for now.

How do you know if you’re in your Model instead? That’s simple, too – your feelings don’t rely on whether the other person says yes or no. You have chosen how you want to feel on purpose, and you’re in control.

So the next time you want something or need to ask for something, think about what you can do that’s within your power. Pay attention to your Model. The best way to get what you want without a fight is to say what you want to say, communicate what’s important to you and why, and show up how you want to show up, for your sake, not theirs.

Stay in your Model, and you’ll have a much better chance of getting what you want.  Plus, you won’t waste so much time and energy on things that are out of your control.